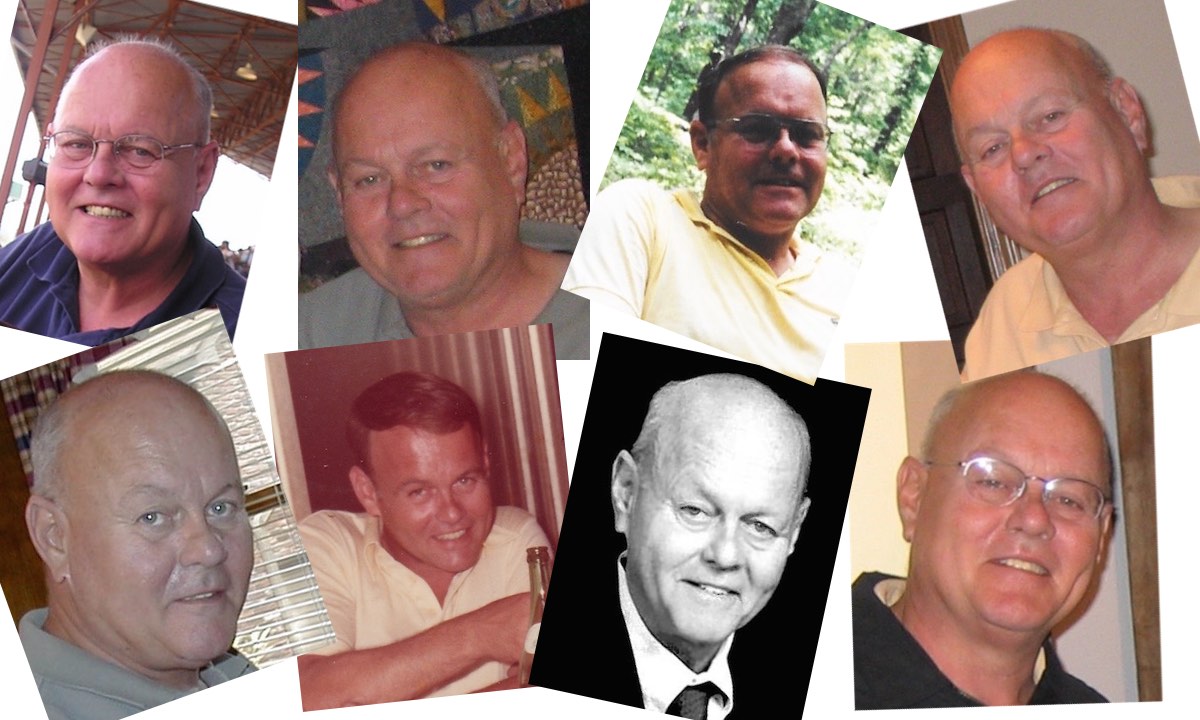 Thirty-seven years ago Joanna and I lived in a neighborhood (Parco Palumbo), in Italy on the shores of Lago Patria (Home Lake).  The Parco was a mix of Italians and foreign nationals. Many of the Italians had summer/weekend homes in the Parco.  The foreign nationals consisted of mainly civilian and military that supported the NATO mission in the area.

It was there that our families met.  Actually, Alan and Joanna were the first to meet – at the bus stop where Jeff and our daughter Kristin waited for the school bus to the American Elementary School at Pinetamare – located in the suburbs of Naples, Italy.

From those early days in 1978, the Shaws and Johnsons forged a strong and lasting friendship.

Very quickly, Alan’s keen sense of humor became evident. I had to go back to the states for some medical attention. Alan said, “Don’t worry, I’ll look out for Joanna and the kids.” My plane was probably not even off the ground, when Alan appeared at our door, holding a little red toolbox, asking Joanna, “Is there anything that needs fixing?”

We shared many meals with Alan and Kathy during our days together in Italy – at each other’s homes and sampling all that the local restaurants had to offer. One of our favorite restaurants was one that had a pianist playing in the background. Somehow during our first visit to this restaurant, over not our first bottle of vino, the conversation drifted to the movie Casablanca. Before we knew it, the strains of As Time Goes By could be heard. What a coincidence! Unbeknownst to us, Alan had slipped some lira to the pianist – but he would never admit it!

In 1980, Joanna’s dad passed away and we had to return to the US to tend to his funeral. Instead of taking the kids out of school for that period, Kristin stayed with Alan and Kathy; our son, Robert, stayed with good friends Irv and Pat English. Upon our return, Alan said he might have upset Kristin by being a bit forceful in telling her to eat the eggs Kathy had prepared for breakfast. Whenever Alan saw Kristin over the next 30 years, he’d ask her, with a twinkle in his eye, “Have you eaten your eggs today?” or “Have you learned to like eggs?” In 2004, during Kristin and Richard’s wedding reception, Alan handed her a “special” gift. It was a cookbook on the several ways one could cook and serve eggs!

After our military careers were over, both families transitioned into civilian life: Alan and Kathy in Columbia, Joanna and I in Atlanta. Over the years, every six months or so, we’d alternate visiting each other. There was never a lull in the conversation when we met. I was probably the perfect audience for Alan’s humor, because (1) I enjoy a good joke; (2) I can’t tell a joke and, most importantly, (3) I don’t remember jokes. So Alan, who had a joke for every occasion, could recycle any joke my way and I’d find it just as funny as when he told it to me the last time we met!

Alan convinced me that I should get a scuba certification and the four of us take a trip to Cancun where we could dive. Joanna didn’t swim, but she was all for going along and watching from the boat. I got my certification and off we went. The water was fairly choppy the day of our dive. I spent the trip to the first dive site losing my breakfast over the side – completely miserable! When the captain stopped the boat and told us to gear up, I didn’t want to go in the water. Alan convinced me my stomach would settle down once I got in the water. He was right! I didn’t want to surface and get back in the boat to go the next spot. But, I did; was sick again and was the first one back in the water. For the next 20 years, I took grief from him for my lack of sea legs! 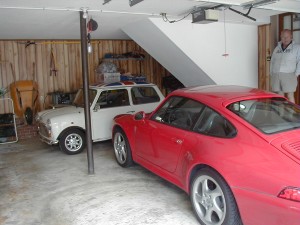 To say Alan collected automobiles would be an understatement. He had more unique automobiles than anyone I’ve ever known; but never kept most very long. One of the first questions we asked when visiting was “What are you driving these days, Alan?” He’d buy these exotic vehicles from afar, either in this country or overseas and have them shipped to Columbia – some ready to drive; others needing a little TLC. I don’t know how many Porsches he owned in his lifetime. Once there was a wooden-bodied low-slung auto – I think that was the Morgan. He let Joanna take that one for a spin. Another time he had three cars parked in his two-car garage! Alan, the wheeler/dealer!

Alan was a great student of military history; an avid reader of anything related to the military, particularly the US Army. He introduced me to the books of W.E.B. Griffin, starting with his Brotherhood of War series. I was hooked from the beginning and have since read most of Griffin’s seven series of novels! Although Alan didn’t push Jeff to follow in his footsteps, he was so proud of the fine US Army officer Jeff has become!

I credit Alan with putting me on the path to financial security. Early in my civilian career, Alan guided me on a solid investing strategy that allowed me to retire much earlier than I had ever imagined possible. He didn’t do that just because we were friends, I know that’s how he treated every one of his clients. A truly honorable man!

Alan was one tough guy with such a positive outlook on life! He fought the numerous health issues he encountered with such grace and humor. He and Kathy were the perfect team – loving each other; supporting each other and fighting the good fight until the end.

A loving husband; a wonderful father; an adoring grandfather; a true patriot; a keen wit; a tough optimist; an honorable man. I truly miss my friend, Alan Shaw!

← From Lionel to Amtrak
A Week on St. John, USVI →
Home Page