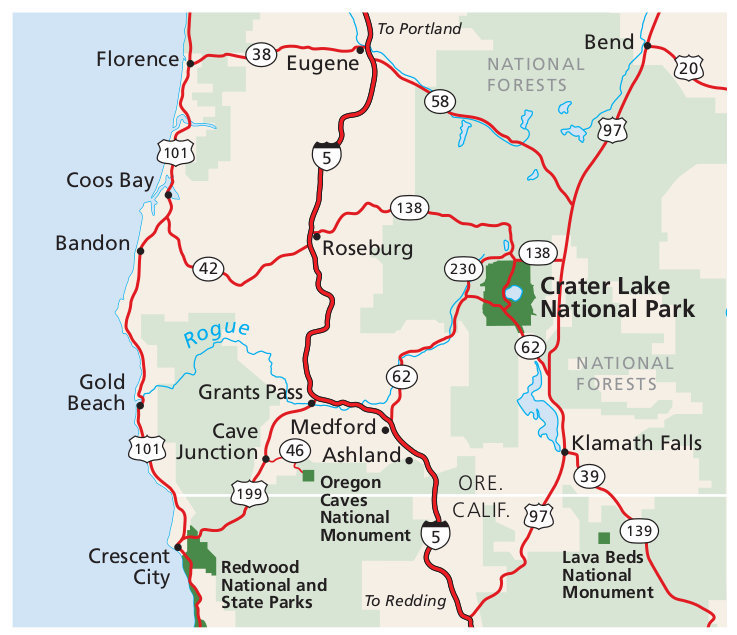 Crater Lake National Park had been on my radar for years but thought I might never get a chance to visit. In September 2019, on a road trip from southern California into Oregon, Washington, and finally western Canada, it seemed like a no-brainer to make a quick side trip into the park.

The park is located in southern Oregon, about 90 miles north of the California border, lying along the Cascade Volcanic Arc – described by site Geology Page as “a number of volcanoes in an arc in western North America, extending from southwestern British Columbia through Washington and Oregon to Northern California, a distance of well over 700 mi.”

From Mission Viejo, CA we traveled north, overnighting in Redding, CA. Our target the next day, after a swing through Crater Lake NP, was to reach Bend, OR in time for dinner.

We were up early that morning and after a breakfast at the “famous”  Joe’s Giant Orange Cafe in Shasta Lake, we were on the road. 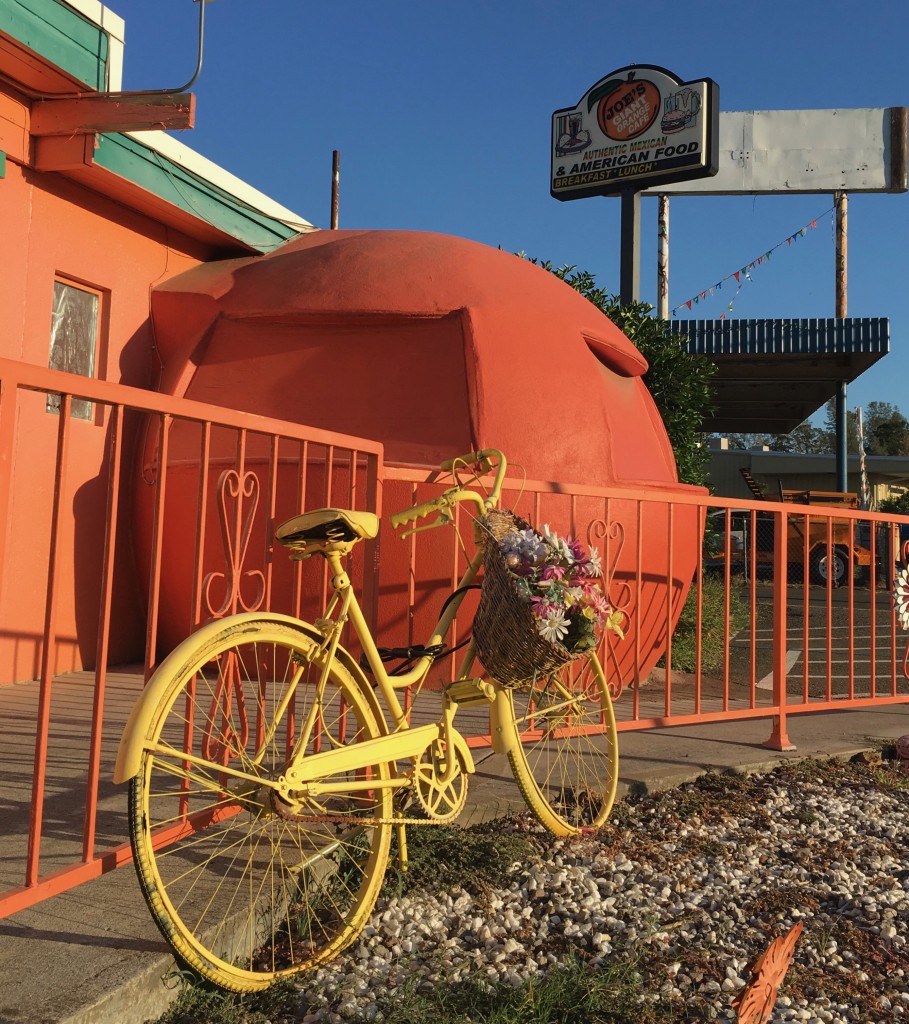 A stop along the way to view Mt. Shasta, standing at an elevation of 14,179 feet. Its last confirmed eruption was in 1786. 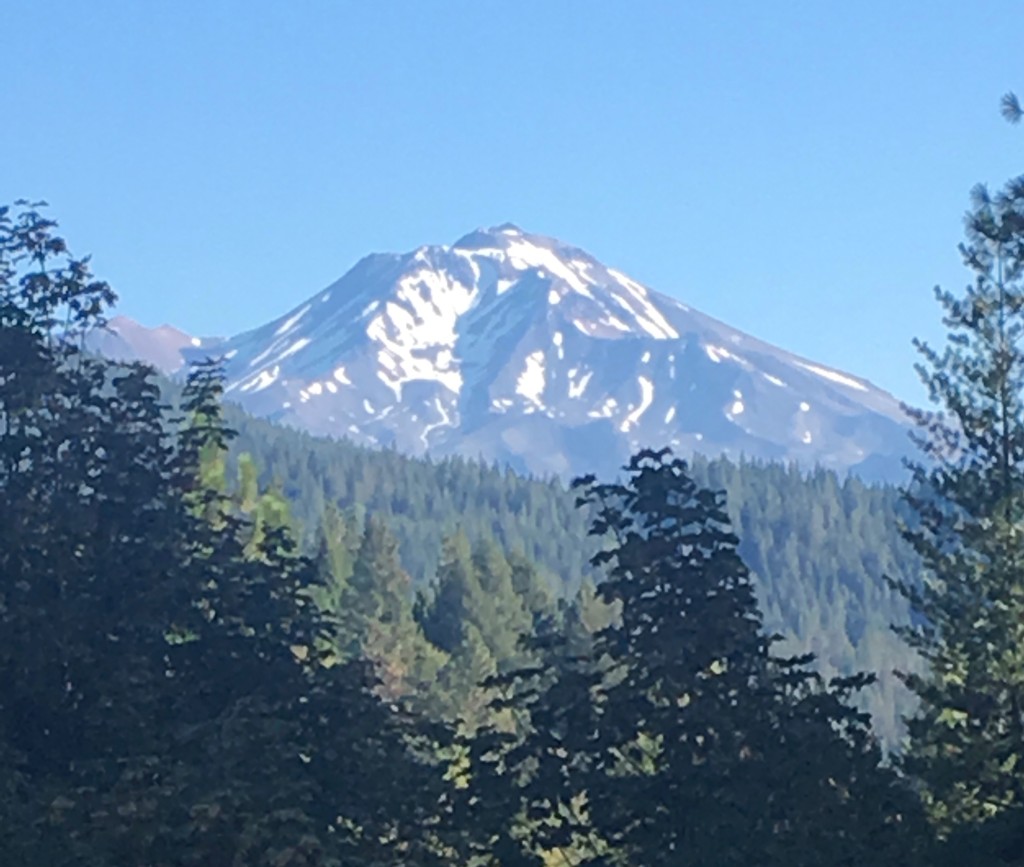 We arrived at the National Park about noon and after a stop at the Park Headquarters to get our bearings, we decided to limit our abbreviated visit to the West Rim Drive.

As described in the handout we received at the visitor center: “How did a mountain become a lake? A massive volcanic eruption 7,700 years ago left a deep basin in the place where a mountain peak once stood. Centuries of rain and snow filled the basin, forming a deep blue lake whose waters are of unmatched color and clarity. It’s the deepest lake in the United States (1,978 ft. at deepest point). Your trip to the rim to view the lake is a climb up the flank of the transformed volcano.”

Our first glimpse of the lake. 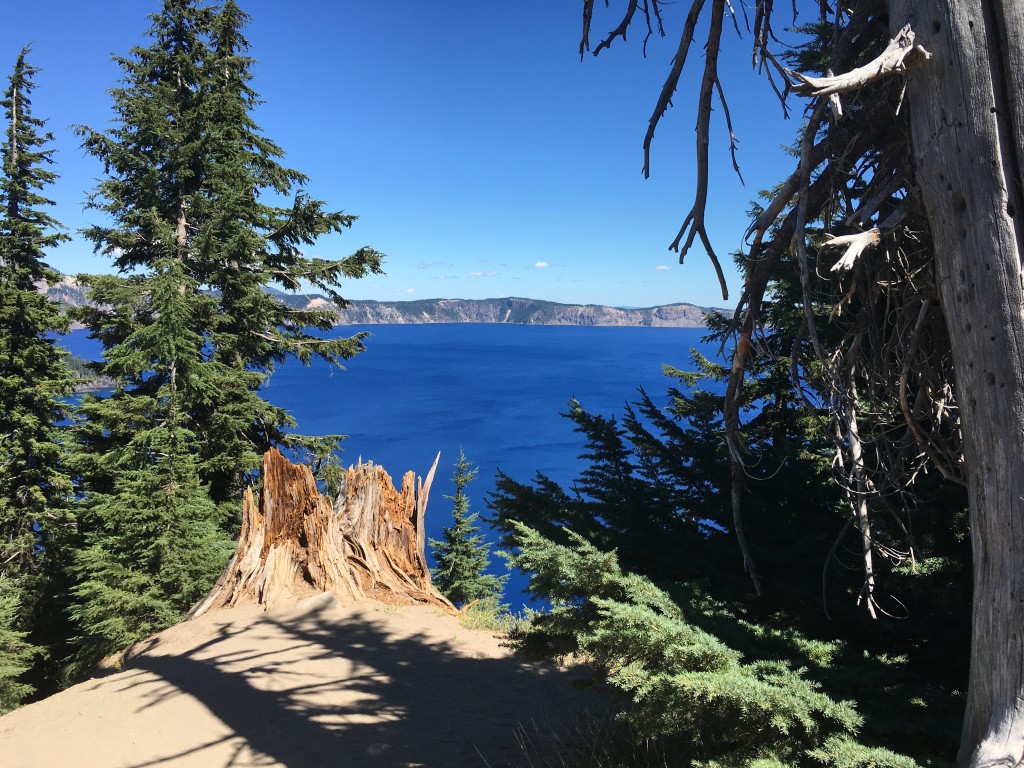 Later eruptions formed Wizard Island, a cinder cone that rises from the water.

I was absolutely astounded by the vibrant blue color of the lake – I’m a bit colorblind, but to my eyes this was magic. As the Oregon Explorer website describes it: “The magnificent intense blue of Crater Lake is due to its great depth and clarity. Sunlight is able to penetrate deep into the water. The depth absorbs many of the longer rays and reflecting the shorter rays of the white light spectrum. Red light is the longest wavelength, thus gets absorbed. Violet and blue light are the shortest wavelengths, thus get scattered and reflected back to us, causing the lake to be its famous Crater Lake blue.”

One could spend many hours/days here to take in all that the park has to offer, but our time was limited. I doubt that I’ll ever come this way again and was thankful to have spent a couple hours taking in the magnificent views from along West Rim Drive!