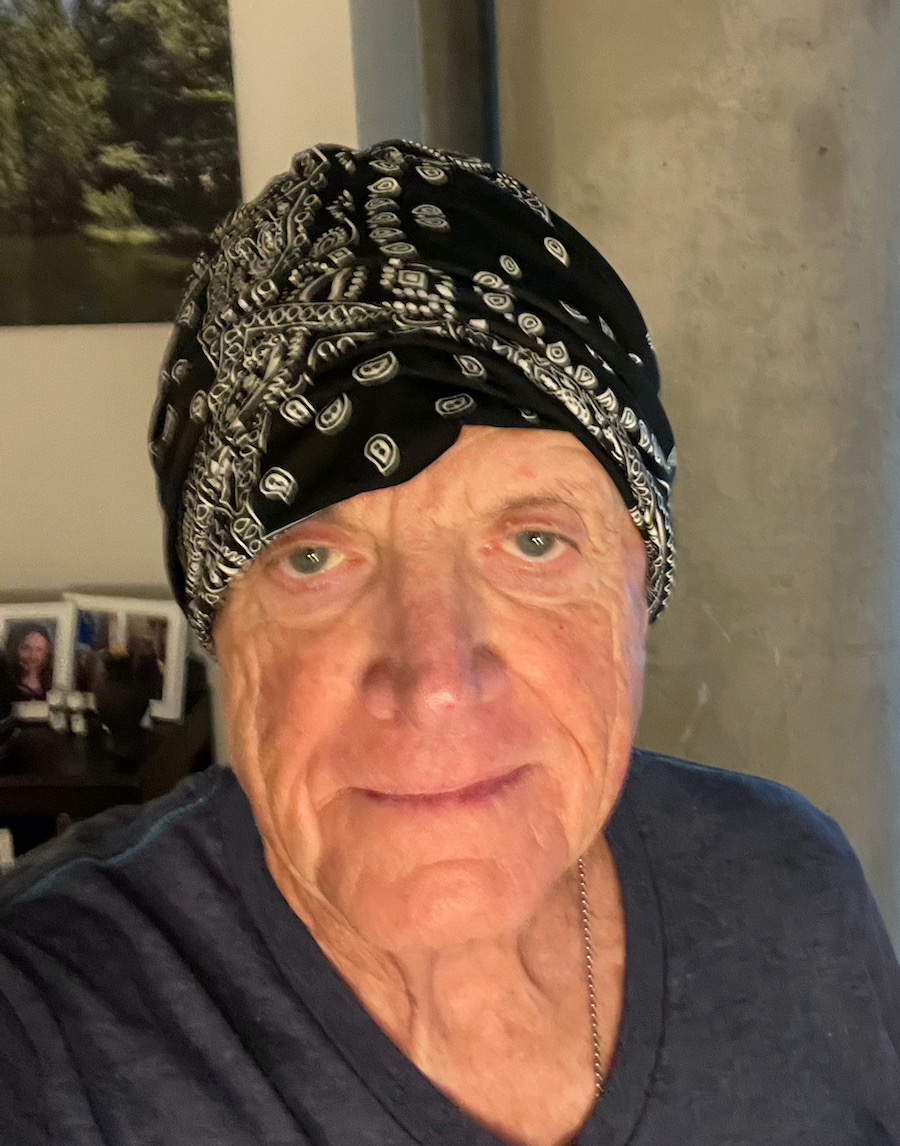 When my kids first saw the photo at the top of this page, each had a different reaction. Kristin said, “I’ve been waiting for this pic!!!.” Rob said, “Thanks for the explanation. At first glance I thought you might be going to a Halloween party dressed up like an old Swedish housewife.” Obviously my daughter knew what was going on; my son, not so much. Allow me to explain how this came about.

Several times since Joanna passed away in 2010, Rob, Kristin and I have had experiences that felt as though their mother was “speaking to us” through those experiences. Take these latest events as evidence of that.

In the wee hours of the morning on October 27, 2021, I woke up; Siri told me it was a few minutes past 4am; I rolled over and went back to sleep. Around 6am, I was wide awake and ready to start my day. I lay in bed thinking of the significance of the day – 11 years ago, on this day, Joanna passed away. I then realized I was briefly awake at the hour of her passing. It gave me goose bumps!

Back in the day, we all had landlines in our homes with answering machines attached. We recorded our greeting to callers, much as we do on our our mobile phones today. Several years ago, I’d shared with the kids a digital version of Joanna’s greeting from our last such device. Later that morning, Rob sent the recording to us as a memory of his mother. It was then that I told them about being awake at 4am. Kristin said, “It was Mom…you were probably snoring and she elbowed you in the ribs!” I’m so happy both she and Rob inherited Joanna’s sense-of-humor gene!

I really am getting to why I’m dressed like a Swedish housewife. We’re almost there…

Later that afternoon, Kristin texts us the following:

“Just grabbed an Amazon package from the door that I‘ve been expecting…some silly kids stuff for a Halloween party this weekend. There was also something in there that I hadn’t ordered…packaged in plastic, looked like a pair of pajama pants or something. I opened the packaging and found 4 soft pieces of material that I couldn’t make out what they were exactly…upon further inspection of the small label on the wrapping…they are “Chemo Caps”…kinda spooked me for a second.“

That really gave me goose bumps!

The week before all this, I had a long overdue appointment (blame Covid) with my dermatologist. She wanted me to put some cream on my head to get rid of the pre-cancerous things, instead of her freezing them. I planned to do this overnight. Wondering how I was gonna do that, without getting stuff all over my pillow, I thought about using Joanna’s one chemotherapy cap I kept. I was reluctant to do that because I just wanted to keep it in its pristine state. So I asked Kristin if she would give me one of those that she got from Amazon, or rather her mother “sent” her. We exchanged the one I was keeping (which she now has) for one you see on my head.

I like to think Joanna is saying, “You’d look ridiculous in my old cap. I’m sending Kristin some others that you’ll look a little less, but not much less, ridiculous wearing.”