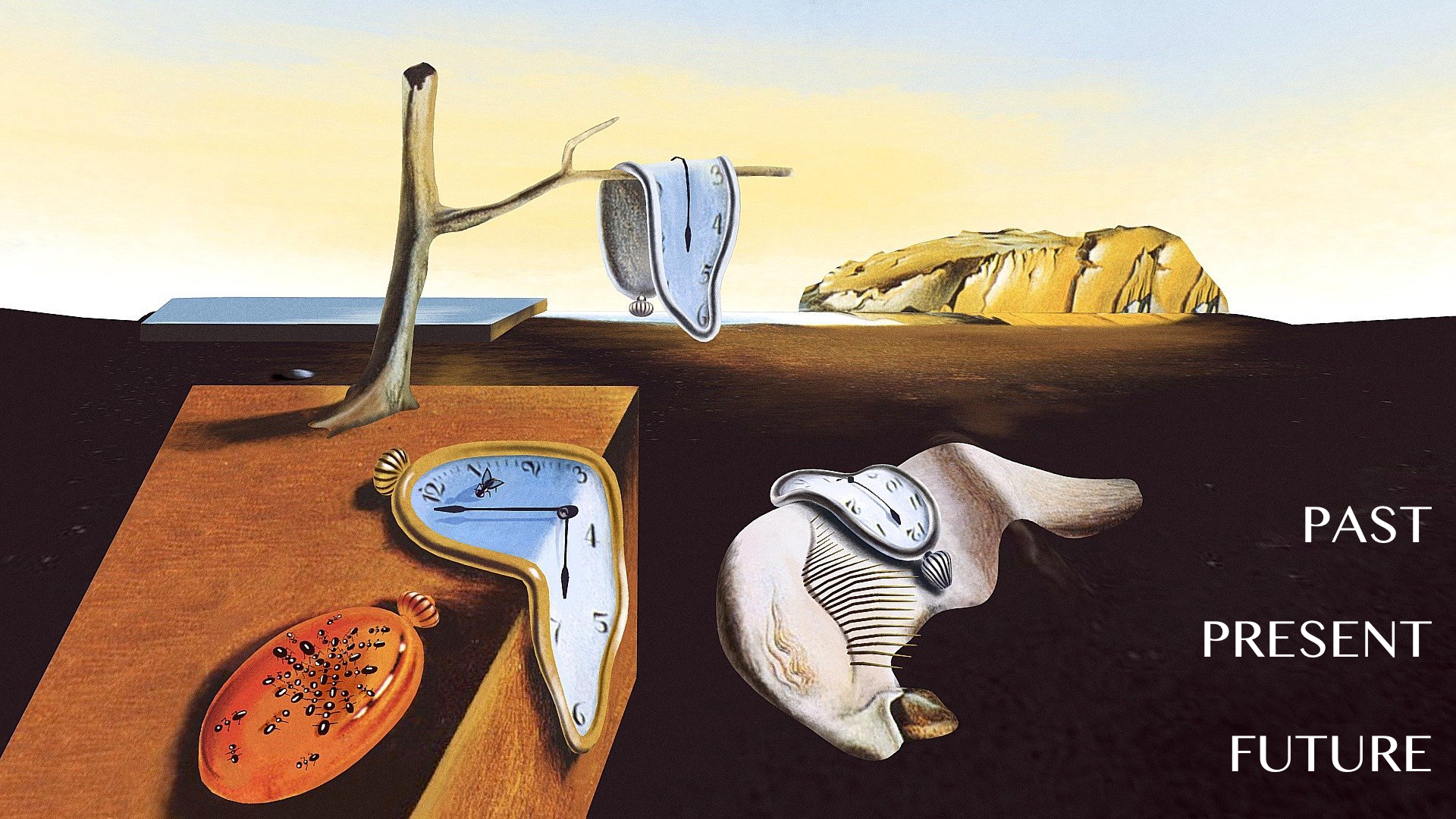 A few things have happened lately which have me reminiscing about the past and looking toward to the future. I thought Spanish surrealist artist Salvador Dali’s 1931 iconic The Persistence of Memory [at the top of the page] was a good way to visibly depict my mood. I’ve superimposed the title of this post onto it. The general interpretation of the work is that “three of the clocks in the painting may symbolize the past, present and future.” So, what has me reminiscing and looking forward…

Two of our grandchildren turn sixteen this year. Ella has a part time job at a juice bar and John Morgan will probably follow suit after his birthday this summer. This brought me back to the late 1950’s/early 1960’s when I ventured out into the work world.

I was born and spent my formative years in Quincy, Massachusetts – the birthplace of John Hancock, John Adams and his son, John Quincy Adams. A place that has deep roots in the early years of our country. Of lesser significance, it was where Howard Johnson founded his namesake restaurant chain in 1925. 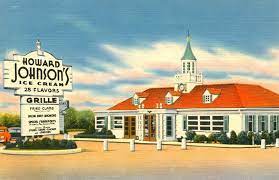 As a high schooler, I took a part-time job in the mailroom of the Howard Johnson company located less than a mile from home. Then during my freshman year of college, I had a weekend job tending the counter at one of his nearby restaurants. I thoroughly enjoyed both of those experiences. The mailroom gave me a glimpse into the workings of a mid-sized company. As I made my rounds delivering mail, it was fascinating to watch punched cards being fed into the newly-acquired IBM computer – was this an early sign of how I’d spend the bulk of my work years? The restaurant counter gave me my first lessons in public relations – interacting with folks, no matter how demanding and/or demeaning some can be.

Realizing the company was not anything like it was during its heyday, it was no surprise to see a recent article in The Washington Post headlined Ending an Era of Americana. “The last Howard Johnson’s restaurant has shut its doors, signaling the end of an era for travelers who remember the brand’s fried clams and 28 flavors of ice cream as a road trip staple.” [as an aside: I never liked HoJo’s clams. They were the “strip” variety, and every New Englander will tell you “bellies” are the only way to go. “Go belly or go home!”]

Turning fifteen means a driver’s learning permit and at sixteen, you get to hit the road! Again, Ella and John Morgan reach that latter goal this year.

Looking back at my experience… I was 17-18 when my folks helped me buy this 10-year-old Ford. The body was a bit rusted, so I patched it up and had it painted a bright red. A fun ride! After our high school prom, my best friend and our dates rode it down to Cape Cod to another friend’s cottage. On our return trip, the car broke down and my friend’s dad rescued the four of us. Unsettling at the time, but great memories! 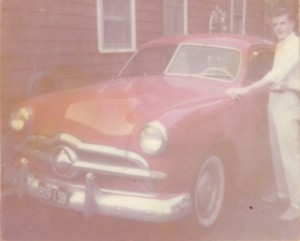 My hope is that Ella and John Morgan have wonderful work experiences, similar to what I had those many years ago. The jobs they take now may seem insignificant but could hold some valuable life lessons. Enjoy the freedom of the road, but please be safe out there.

Megan, our eldest granddaughter, is to be married in September. Doesn’t that make me feel ancient! This major milestone in her life has taken me back in time to when Joanna and I said our vows fifty-seven years ago as very young adults. 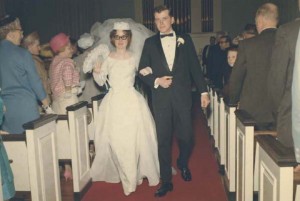 In the 1960’s it was common for young folks to marry in their early 20’s – which is what Joanna and I did. It seems today people wait a bit longer to make that commitment. And that’s what Megan has done. She’s completed her formal education (unless she decides to go for a doctorate); she’s traveled extensively; has a job in a field that she’s passionate about; has a wide circle of friends and has waited for the right guy to come into her life. Bobby joins three other “Roberts” (her dad and two grandfathers) into this crazy family. We’re delighted to welcome him!

Maddie, our youngest, turns fourteen this year. I await to see the paths she and the others will take moving forward.

All four are truly unique and special.